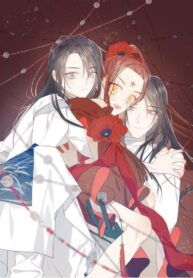 Na-agụ The Villainess Refuses to Flirt with the Male Lead, ọmarịcha manwa.

Transmigrating as the villainess of a cliché imperial manhua isn’t scary, what’s scary is that the male leads are all children! Not only do I have to take care of children, but I’m also being courted by one of them and being called “wife”! Ms. Hong would like to say: “Fuck you, god!”