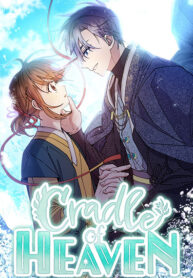 You are reading the top webtoon “I Go To the Night Sky ” on our site which gives you the best collection to gụọ manhwa ma nyochaa Nwoke pụtara.

Three years ago, the celestial empire came under attack by the demons. With his kind on the verge of extinction, the celestial being and emperor, Kasin, is tasked to go down to the human world and find a way to restore peace. After three years without much progress, he encounters Daran, a merchant who has disguised herself as a man to travel and sell medicinal herbs. Daran was born with the power to heal anyone with a single touch. This ability makes her the exact person Kasin needs on his quest. Although Kasin swears he has no interest in men and is only keeping Daran with him as an aide, the more time passes, the more he finds himself becoming attracted to the special merchant.